Kohler’s Bakery: A Tradition of Excellence 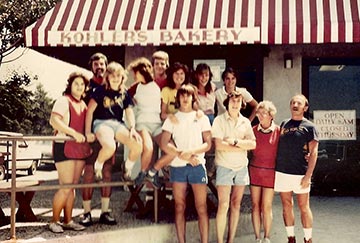 In 1949, Avalon, NJ was a sleepy sea-side town without much more than a bar, a hotel and a real estate office. When Mr. & Mrs. Kohler decided to open a bakery in such a small community, there were those that scoffed at the idea. Well, the naysayers were quickly proved wrong. The Kohler’s sold out their very first weekend! After that it didn’t take long for the word to spread about the new bakery in town that was serving up delicious homemade buns and donuts.

The Kohler’s retired after seventeen years and sold the business to Mr. Kohler’s young apprentice and his wife, Bernie & Marcia Bischoff. The Bischoffs originally planned to own the business for five years. Twenty-five years later, they decided it was time to retire.

In 1991 the Bischoff’s turned the ovens over to the brother and sister team of Mary and Martin McNamara. Both had worked for the Bischoff’s as teenagers and learned the business from the ground up. But after five years, Martin decided to leave the wonderful world of baking for an advanced degree at the University of Pennsylvania.

At a weak moment in 1995, Mary’s sister Christina decided that getting up at 3am might not be so bad and signed up to be Mary’s new partner.

Sisters Mary and Christina continued baking up the very best baked goods in Avalon until 2006 when they offered to sell the business to long time employees and cousin Katie Crompton and Colleen Quinn-Maxwell.

The summer of 2007 began a 13 season partnership of longtime friends and co workers Katie and Colleen moving from behind the counter and mixing benches to new roles as Kohler’s Bakery owners and bakers after working in the bakery together for over 20 years.

Katie was thrilled to be the 4th line of Kohler’s owners with partner Colleen. Katie’s dream of owning her business came true and she could not have been happier to continue the traditions of Kohler’s for years to come.

Colleen’s ties to Kohler’s Bakery extend further back than just her enjoyment of cream donuts when she was just a little girl. During the summer of 1952, her grandparents rented the apartment above the old bakery and hardly a day went by that Kohler’s baked goods didn’t grace the table. Following in her brother’s Chris’ path of being the Inquirer paper boy in front of Kohler’s, then moving into the bakery as a baker’s assistant, Colleen, at age eleven, was the “paper girl” before becoming a Kohler’s “store girl” for twelve years.

In 2019, Katie decided to move into baker retirement and although she will be dearly missed by partner Colleen, Kohler’s Bakery staff, customers and the community, she will now enjoy sleeping past 3am and relaxing on summer weekends with her husband Greg and children Matthew and Emily. 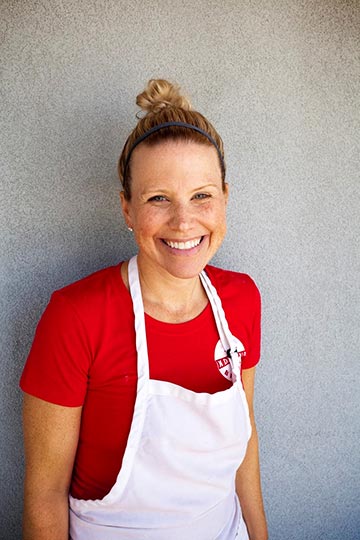 Now over 25 years after beginning to be a part of the Kohler’s Bakery family, owner Colleen will continue to bake up the most delicious sweet treats on 7 Mile Island with her “Best of the Shore” staff. You will continue to find the same recipes, baking methods and friendly service that your parents and grandparents have enjoyed for over 70 years. Stop by and visit us to remember your favorites from your childhood! Our long line of customers on the corner of 27th and Dune Drive shows our committed and loyal fans knowing we are always “worth the wait” for the best donuts and baked goods you will ever have. Treat yourself!